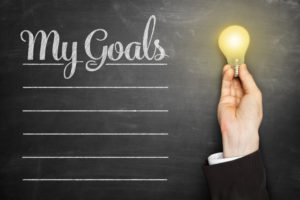 It’s that time of year again, when we review the prior year and make goals and resolutions for the one ahead. Yet, for all the good intentions, only a small fraction of us keep our resolutions; University of Scranton research suggests that just 8 percent of people achieve their New Year’s goals.

Are you part of the 8 percent of goal achievers? What are the secrets behind those who succeed? How can you develop new habits to impact your CPA firm’s marketing program?

Many people use the New Year as an opportunity to make large bucket lists. That’s a nice aspiration, experts say—but the average person has so many competing priorities that this type of approach is doomed to failure. Basically, aiming too high can be so psychologically daunting, you end up failing to start in the first place.

We tend to set unreasonable aims for ourselves, explains Amy Cuddy, a social psychologist and Harvard Business School professor, and then experience negative emotions and a lack of motivation when we don’t reach them. Failing to meet the unreasonable goals we set for ourselves can in turn take a negative toll on our self-worth.

It’s more sensible to set “small, attainable goals throughout the year, rather than a singular, overwhelming goal,” according to psychologist Lynn Bufka. “Remember, it is not the extent of the change that matters, but rather the act of recognizing that … change is important and working toward it, one step at a time,” Bufka adds.

Phillippa Lally, a health psychology researcher at University College London, published a study in the European Journal of Social Psychology, about how long it actually takes to form a habit. On average, it takes more than two months before a new behavior becomes automatic — 66 days to be exact. How long it takes a new habit to form can vary widely depending on the behavior, the person, and the circumstances. In Lally’s study, it took between 18 days to 254 days for people to form a new habit. Therefore, if you want to set realistic expectations, it will probably take you anywhere from two months to eight months to build a new behavior into your life.

The researchers also found that “missing one opportunity to perform the behavior did not materially affect the habit formation process.” In other words, it doesn’t matter if you mess up every now and then. Building better habits is not an all-or-nothing process.

Write down the habit you want to change, along with the specific action steps for achieving that goal. Block out time in your Outlook calendar to implement these action steps. Rather than writing “I will write an eBook to support my niche practice,” write, “I will block out two hours per week for the next four weeks to research and write an eBook.”

Setting large-scale resolutions can be fun and inspiring, but the difficulty in achieving them means that your excitement can quickly turn into frustration. That’s why goals should be connected with reasonable, attainable metrics.

A resolution to do more marketing is ambiguous and not easy to follow. It is easier to follow a clear plan like calling one client per week to find out how they are doing.

“We say if you can’t measure it, it’s not a very good resolution because vague goals beget vague resolutions,” says John Norcross of the University of Scranton.

Track your goals. Make a clear to-do list. Add action items to your Outlook calendar. Share your goals with your team. These are ways to build accountability.

Simply setting a goal does significantly raise your chances of achieving that goal. But within weeks or months, people begin abandoning their resolutions as they confront obstacles that throw them off course.

Repeat the behavior you’re aiming for as often as you can. The more a behavior is repeated, the more likely it is that it will become automatic.

At the end of the day, how long it takes to form a particular habit or achieve a specific goal doesn’t matter that much. No matter how long it takes, you have to put in the work. The only way to achieve a successful result is to get started in the first place! So forget about the number and focus on doing the work.

One of my goals for 2015 is to call one colleague or influencer each week to find out how they are doing, discuss the projects they are working on, and learn their current insights on the industry. I’ve blocked out time each Monday morning and created a list of those to call.

What is your goal for 2015? Let me know in the comments section below.